Why You Should Never Swallow Gum – Kids are often warned about the dangers swallowing chewing gum. “It will stick in your gut for 7 years!” is one popular myth. “It can make its way to your heart”, some have even said. So what’s the truth? Gum doesn’t seem to dissolve by simply chewing and chewing.

So can you swallow this tough candy or are there dangers if you do? That’s what we’ll be exploring in this article: What Happens In Your Body If You Swallow Gum? Before we answer this question, let’s first look at what gum is actually made of.

Chewing gum has been around a long time. As far back as the Aztecs, a culture that flourished in central Mexico in the post-classical period from 1300 to 1521, they used to chew a gum called chicle, which was made from the latex sap of the sapodilla tree. It was chewed as a way to relieve hunger, freshen breath, and keep teeth clean.

Chicle was also used by the Maya, the indigenous peoples of Mesoamerica- an area in southern Mexico- who used it as a filling for tooth cavities. And Chicle is what was used to make chewing gum in the west as well as other natural products such as beeswax or paraffin wax, but following World War II chemists learned to make synthetic rubber,

which replaced most natural rubbers that were in chewing gum. These synthetics included polyethylene and polyvinyl acetate. The last U.S. manufacturer to use chicle is Glee Gum who still sells their products online. But today most gums that you see in the candy stores are made with synthetic rubbers. 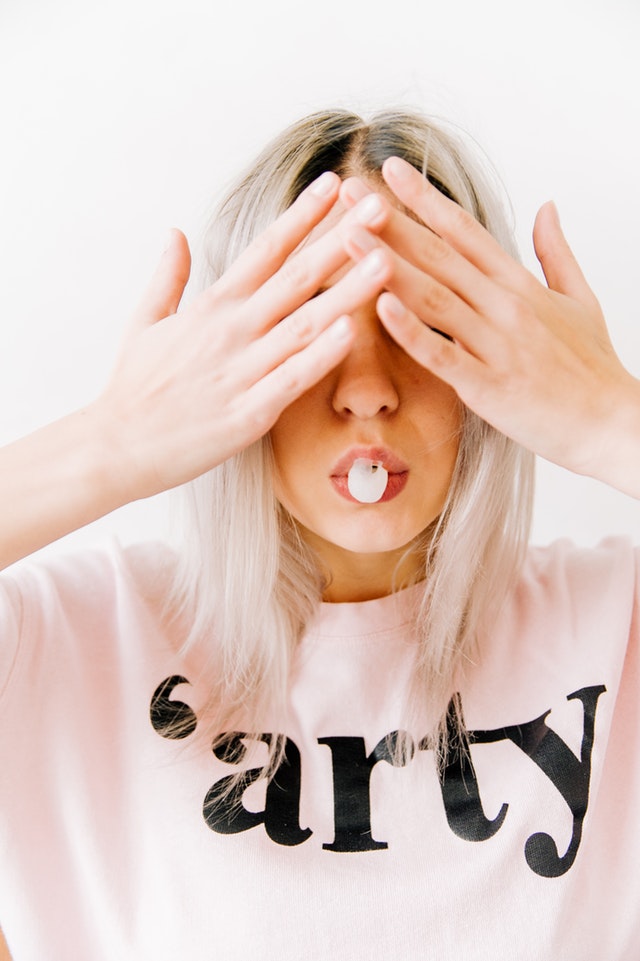 In addition to the gum base, chewing gum contains flavorings, sweeteners and softeners. Softeners are ingredients such as glycerin or vegetable oil that are used to help the other ingredients combine more readily and prevent the gum from becoming stiff. But it looks like in most cases when you chew gum you’re essentially chewing flavored synthetic rubber.

But then once the taste has all gone you spit it out, right? So what if you swallow it instead? When you eat food, there are a number of processes that go to work in your body to turn it all into fuel. First there’s chewing, of course. Chewing food helps to break it down into smaller pieces so it’s easier for the stomach to go to work on digesting it.

And as you chew, the food is also mixed with saliva delivering enzymes that help breakdown the food. Once swallowed, the food saliva mixture hits the stomach where the super strong stomach acids turn into even more of a mush. This allows the food to pass through the rest of the digestive tract smoothly.

But gum is a whole different story, because as strong as your stomach acid is, synthetic rubber is too much of a match. Synthetics are used in all kinds of products, including fiber optics, sealants, cling film,fuel, sporting equipment, roofing, bottle stoppers, tires and even explosives. But don’t worry gum can’t be broken down by the body so it won’t make you sick.

Your saliva enzymes and your stomach acid will do their best to try and digest the gum base but they won’t able to. But that doesn’t mean it just sits in your stomach never to be released, like your schoolteacher might have warned you. Your body will treat the gum the same way it would any other food it can’t fully digest,such as corn and sunflower seeds.

The muscles of your digestive tract move it through your system and eventually flush it out a day or two later, along with everything else. Buzz Feed Health reached out to gastroenterologist Dr. Lisa Ganjhu, D.O., associate professor of medicine at NYU Langone Medical Center in New York City, to get some inside information on what goes down in the gut when you swallow your gum.

“No, it won’t stick to the side of your intestines or build up in a giant gum wador anything like that. It’s similar to swallowing teeth which can make it through your intestines pretty much intact”, says Ganjhu. The only thing worth being concerned about is “getting stuck” if the wad is actually too large to fit through the opening of your stomach from your esophagus.

But it’s unlikely you’d be able to swallow a wad of gum that big in the first place. So there might be rumors of the risky results of swallowing gum, but no, swallowing a piece of gum doesn’t mean it will stay in your body forever. Of course that’s no reason to go crazy and start gulping it down by the pack.

The more gum that your body has to process the higher the likelihood that it’ll buildup and clog your digestive tract. And an intestinal blockage can trigger stomach pain or constipation. There’s a lovely name for this blockage…a bezoar. An 18-year old Israeli woman once suffered from a bezoar that blocked her stomach, as reported by Australian media outlet ABC news.

Doctors discovered that her stomach was jam packed with a large ball of undigested chewing gum. She had been swallowing as many as five pieces of gum a day for several years. They had to break up the mass, before using a tiny net to remove it bit by bit. So it looks like there is a risk if you swallow multiple pieces of gum.

Chewing gum isn’t necessarily bad for you though, and in fact studies have shown that chewing gum can actually help relax you, because it can help reduce levels of cortisol, a common stress hormone in your saliva. And it’s a popular pastime according to U.S. Census data and Simmons National Consumer Survey, who say 174.74 million Americans used chewing gum or bubble gum in 2017.

And it’s a trend that shows no sign of stopping, with the global chewing gum market forecasted to make sales amounting to 32.63 billion U.S. dollars in 2019. Today! So it looks like accidently swallowing the occasional piece of gum won’t hurt, but it’s good to be aware if you have in case there are any unforeseen complications. And it’s not advisable to deliberately swallow piece after piece. Maybe you’ve swallowed gum and have a different experience?Let us know in the comments.

What is Coronavirus? (Causes, Symptoms, Diagnosis)

Gym Mistakes You Must Avoid

What Is Stone Man Syndrome

What Is Alien Hand Syndrome

What Happens When You Drink Alcohol on an Empty Stomach?

This is What Really Happens When You Start Exercising