Why Nobody Can Survive in the North Pole – What’s the most dangerous place on earth that you never want to visit? Maybe the Snake Island in Brazil? How about the Skeleton Coast in Namibia? We’ve managed to explore almost all of our planet’s land, including all the in hospitable locations. And the North Pole made that list. So, what makes this place so perilous? Why would Santa Claus choose to make this place his headquarters? Let’s take a daring internet trip together, and I’ll show you.

A lot of Arctic expeditions have mysteriously ended in disasters. In the past, many ships got stuck on the ice, and people were stranded. Some ships have sunk and were never found. Not to mention that the Arctic Ocean underneath is still relatively unexplored. So, what’s really going on there? Before we dive deep into the middle of the arctic ice, let me circle around the waters first.

The North Pole is located in the middle of the Arctic Ocean and is covered in ice. The ice is approximately 6 to 10 feet thick, and it’s floating in an ocean that’s anywhere from 3,500 to 18,000 feet deep. You see, unlike Antarctica, there’s no land on the North Pole, which is why it’s inconstant motion. 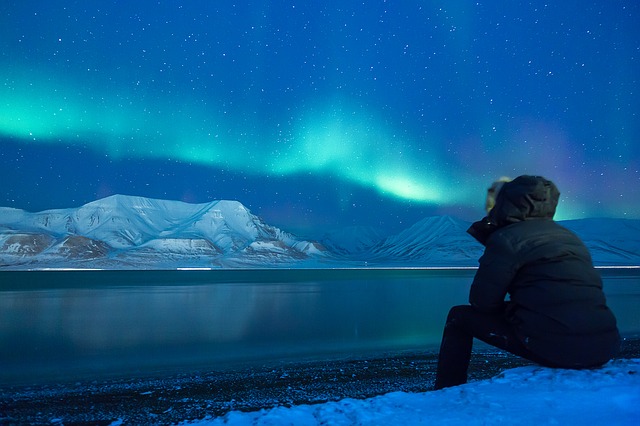 But I’ll get into that in a jiff. The fascinating thing is, even though the North Pole is literally ice, it’s actually warmer than the South Pole. Now don’t get me wrong, they’re both really cold because they don’t get any direct sunlight,but there’s more to that science. As I mentioned earlier, the North Pole is ice surrounded by land, and the South Poleis land surrounded by ice.

The waters underneath the North Pole are warmer than the floating ice – and the ocean warmsup the air a bit. Antarctica, on the other hand, is dry, and 7,500 feet above sea level, which can cause the temperatures to drop to −76° F in the winter and rise to −18° F in the summer. While in the North Pole, it only drops to −40° F during the winter months, and could even reach 32° F in the summer.

So, here’s where it gets thought-provoking. Even though the South Pole is colder than the North Pole, it gets approximately 20,000 visitors per year. Whereas the North Pole only gets about 1,000, including expeditioners. So why is that?Let’s find out together. To begin with, the North Pole has more complicated entry barriers.

The main one is that it doesn’t have a fixed location. It’s just large chunks of ice that constantly move around the Artic Ocean. The only way to visit the North Pole is via Helicopter in April, or an icebreaker shipin June and July. That’s the only time of year that the ice is thin enough to be cut through by an icebreakership and move forward.

Due to advancements in technology, a ship getting stuck on the ice is rare, but still very plausible. That’s why there are only 5 trips every year to the North Pole. But those aren’t the only issues. Imagine you’re walking in the woods and you get lost. Your best chance out of there is a compass. But, if you’re in the North Pole, then you’re in big trouble.

The difference between the North Pole and the North indicated on a compass is an angle called declination. And since the Earth’s magnetic field isn’t uniform, the declination varies. According to the United States Geological Survey, at high latitudes, local disturbancesin the North Pole can cause the compass needle to point away from the Magnetic North Pole, sometimes it can even point south.

Because of the Earths rotation, time is determined by the lines of longitude connecting the two poles. Since all the lines converge at the poles, this means that the North and South Pole arein all the time zones at the same time. Granted, explorers choose the most convenient time zone for them. But, if you’re wondering what time it is in the North Pole now, it’s basically whatever you want it to be.

Now that we’re done with all the “sciency” reasons that explain why it’s difficult to make it into the North Pole, let’s move on to the more practical explanations. One of the most important things is shelter. No-one really lives in the North Pole; even Inuit people who live in the surrounding Artic Regions of Russia, Greenland and Canada have never made it their home.

The ice is in constant motion, and it shrinks to half it’s size in the summer months. So, nobody’s ever tried to establish a community there, nor build any permanent man-made structures,because they’ll either vanish or get destroyed. Even travelling around, it’s possible to encounter an obstruction.

Sometimes icebergs break off from glaciers in the Arctic Ocean and make it all the way down to the Atlantic Ocean. That’s caused problems for a lot of ships taking transatlantic trips, and it’s speculated that that’s exactly what happened with the Titanic in 1912. These icebergs continue to be a hazard across the Atlantic.

Even after the Titanic incident, there were hundreds of other collisions with icebergs. Fortunately, thanks to the International Ice Patrol, there haven’t been any incidents recently, but it’s still a serious issue. Now that we’re on the topic of Icebergs, here’s another interesting fact. There’s no drinkable water at the North Pole.

Early Artic Explorers had a hard time dealing with thirst. In fact, finding water in the Artic is as difficult as finding water in the desert. The saltwater is impossible to drink, and people’s only means of staying hydrated was eating snow – but that was dangerous too, because that could lead to hypothermia. So, they had to melt it.

But back then, they didn’t have any convenient heating methods to turn ice into water, so many explorers didn’t make it. Speaking of survival, there’s no vegetation in the North Pole. Trees require soil, and since the North Pole is a large block of ice, it doesn’t allow any plants to grow. Even if there was the slightest chance for plants to flourish, the freezing temperatures wouldn’t allow it.

Also, during the months of perpetual darkness, plants would be unable to survive without photosynthesis. The North Pole isn’t only unwelcoming to vegetation, it’s also a naturally hostile habitat for animals. Artic Foxes, Polar Bears, and many other terrestrial animals don’t often migrate to the North Pole, because it can be an unpredictable environment.

Since it’s constantly moving, it doesn’t allow animals to migrate regularly, settle,or even raise their babies. However, Polar Bears wander frequently around the North Pole looking for food. The thing is, unlike most other bears one might come across around the world, Polar bears can be extremely aggressive.

Because there’s such a lack of food for them in the North Pole, they’ll go after anything that’s moving for their next meal. Starvation is an issue. Polar Bears are the largest bears on earth, and they can only survive in the freezing weather of the Artic. They have two layers of fur; and underneath the skin, they have a thick layer of fat.

This gives them enough insulation to keep their body temperature warm, even at -34°F. Then we have the walrus, which can also be aggressive when it feels threatened. At first glance, walruses look like seals, but they’re much larger in size, and their tusks can reach an astounding 11 feet in length.

It can also be about 4 times the size of the Polar Bear, so it’s not too threatened by such a wild animal. But the walrus is no saint either. Since it can live on both the North Pole and the Artic Ocean, there are records that they’ve attacked people as well, but not too often. Thankfully. The underwater ecosystem of the North Pole is lot more varied than in the floating ice above.

Sea anemones, shrimp, crustaceans, and even ringed seals have been spotted. But the most dangerous of them all is the Greenland Shark, which can reach up to 15 feet in length. Because of the weather in the Artic, not many sharks come across humans, but if someone fell in the water, I’m guessing their chances of survival would be about the same as meeting a Polar Bear.

The most dangerous issue of them all is the global warming and ice-melting. Scientists now believe that in 50 years there’ll be no Ice in the North Pole during the summer,and they’re carrying out expeditions to research things further. Oh and about Santa Claus and the North Pole headquarters? Well think about it.

If you wanted some privacy without distractions to get your work done, wouldn’t this sound like the right place? If he should ever run out of supplies, there’s a Walmart nearby. Well not really. So, what do you guys think about the North Pole, would it be a place you’d like to visit in the next 50 years? Please let me know in the comments below.

Why the U.K. Runs Empty Trains Every Day