What to Do When You See a Spider – Spider. The word alone is enough to make me take pause, and even make the hairs stand up on my neck. And there are so many kinds! Daddy long legs. Tarantula. Black widow. Peter Parker. Oops too much Marvel there. Anyway, Spiders are spooky and crawly, and at the same time, also kinda cool. So, what should you do the next time you see one? You know, besides scream and run out of the room like I do?

Together we’ll try to put our collective arachnophobia in check and figure it out. If you’re scared of spiders, you’re not alone. In fact, in the US, 1 in 10 people are affected by a phobia, and 40% of those phobias are related to bugs. If one of those people is you (I know one of them is me :D) here’s the bad news – there are nearly 40,000 different types of spiders in the world, and almost all of them are venomous.

Before we freak out together, I should note that very few of those venomous spiders produce a poison toxic enough to cause harm to humans at all, and since the use of antivenom became common place in 1950’s, the instances of people falling victim to seriously dangerous spiders are practically non-existent. 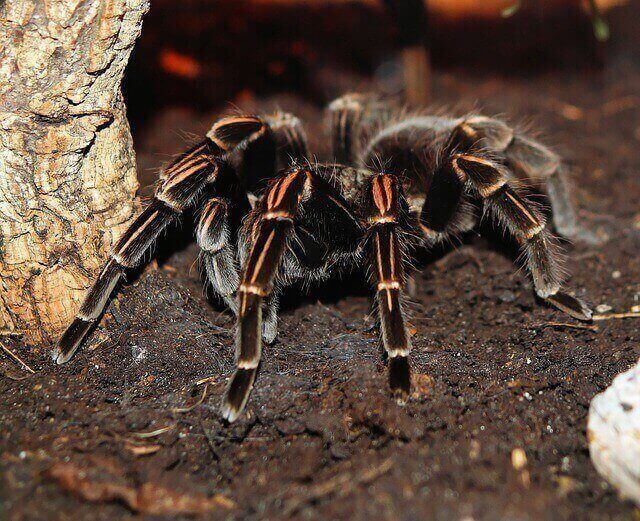 Which isn’t to say you shouldn’t be careful if you come across any of those known to be toxic to humans, but it certainly isn’t something to keep you from enjoying a nice summer camping trip either. Spider bites of any kind aren’t as common as you would think, considering the countless urban legends and stories on the internet.

That’s because, believe it or not, spiders don’t want to bite you. There are even documented cases where people have lived in homes that were unknowingly also home to thousands of the infamously dangerous “brown recluse” spider for years, and were never bitten. And even if a spider wanted to bite a person, few of them have teeth strong enough to puncture the skin.

Most reported “spider bites” turn out to be caused by something else, like fleas or an allergic reaction to a chemical. In one study from southern California, it was found that out of almost 200 reported spider bites, less than 8 of them were. The rest turned out to be something else altogether. Does that make you any less likely to scream when you see one? Yeah… me neither.

But it is good to know that while seeing one may give me goosebumps, the chances of a spider hurting me is somewhere around zero. Even so, it doesn’t do much to change my initial instinct to squash one the moment after I stop being frozen in fear. But it probably should, and here’s why. Spiders are a vital part of not only the outdoor ecosystem, but the indoor one as well.

I know we like to think of our homes as totally insulated from the world outside, and I swear I’m not trying to frighten or freak you out, but inside your house right now there are anywhere from a dozen to 200 species of arthropods going about their business, and you weren’t even aware of any of them until right now.

If you’re wondering what an arthropod is, it’s an invertebrate creature with an exoskeleton,segmented body, and jointed appendages. Think of it as fancy talk for “bug”, and yes, that includes spiders. Most of these spiders live quiet, happy, secretive lives out of our sight and mind. The most common are “cobweb” and “cellar” spiders.

Cobweb spiders, sometimes called “comb-footed” spiders, are mostly dark or black in color,while Cellar spiders, or “daddy-long-legs” are often white or greyish in color. Both build webs, where they then patiently wait for their prey to get caught. Cellar spiders have even been known to leave their own webs to hunt for other spiders that may be infringing on their turf, pretending to be “caught” before turning their neighbor into dinner. Clever girl.

Less common are barn spiders, who write messages in their webs to help the talking pig they’ve be friended win a medal at the state fair. But that sure would be some spider. Spiders will chow down on just about anything they catch. And most of the bugs they catch are probably more annoying, or likely to harm you, than it is. Like flies and mosquitos.

Just something to keep in mind before you decide to go smoosh. If you see one of these common, harmless spiders in your home, and it isn’t near where someone eats or sleeps  you may just want to make friends with your 8-legged roommate. Still, if you want it gone, I totally understand. Consider giving it a new home outside.

You can carefully cover it with a container like a glass jar and slide something under it and bring it outside. Note that I said you can. You know, I did just that the other day, and it felt good to be kind to another life form, and I felt stronger for it. “But what if I DO get bitten by a spider? You said it wasn’t likely but you didn’t say it was impossible either!” Fair enough.

If you find yourself in the rare position where a spider does manage to get a piece of you, here’s what you want to do. First, if you can, don’t slap or squash, but trap it. Try to isolate it and get it into a container or baggy. This way you can identify the species and figure out what treatment, if any, will be needed.

Usually, an ice pack is the only treatment you need – however, if you do experience any symptoms like nausea, sweating, muscle spasms or increasing pain, go get medical help right away. Despite everything I’ve said so far about how spiders are mostly harmless to people,and most are downright helpful, let’s be honest.

You’re watching this video because for some reason, even though they can be scary and the sight of them makes your skin crawl, you just can’t help but be fascinated by them. The bigger the better. The weirder the story the better. Like when it “rains” spiders in Brazil!You may have seen some videos of this on social media.

And while, in the clips, it looks like spiders are falling from the sky, they’re hanging in a giant web to catch those “nuisance insects” I spoke about earlier. This species is a rare type of social spider that builds a community web that’s so fine,it’s almost imperceptible – which is why it looks like they’re just flying.

So, while it’s unnerving, you don’t need to fear spider rain. Well, I mean, you probably should, but it’s not a real thing, so you can relax. And what about those stories you’ll hear about where someone couldn’t get rid of an itch in their ear and when they went to the doctor, they found a spider nesting there?

Here’s the thing – the bad pun I just made by saying “HEAR’s the thing” after mentioning the spider in the ear story – Ear aches are a lot more common and painful than any dangerous situation that involves a spider.