What Happens To You Just Before You Die – To begin with, we’ll start with what happens to you physically depending on how you die. Let’s first talk about drowning. This is a very uncomfortable death, characterized by an inability to breathe that leads to your demise underwater. What happens is that you struggle with your mouth below the surface. You panic and might begin to aspirate or inhale water.

This leads to you having a laryngospasm, which happens when your vocal cords close and block airways in an attempt to protect your lungs. When this happens, you’re unable to scream for help. Thus, drowning is mostly a silent death. When not enough oxygen reaches the body’s tissues, you then go through something known as hypoxia.

You become unconscious and your airway relaxes which allows your lungs to fill up with water. Prolonged time without air can lead to cardiac arrest and brain damage before finally leading to death. This is not a good way to go so it is highly recommended that you wear a life vest if you don’t know how to swim. Either that or keep an inflatable pool toy under you.

The unicorn floaty is all the rage right now. Get one with a cup holder while you’re at it so you can keep a martini on hand. Death by hypothermia, where the core body temperature drops to a dangerous level, causes you to shiver intensely. After extended exposure to the freezing temperatures, your body functions start to slow down, including your respiration, heart and metabolic rates. 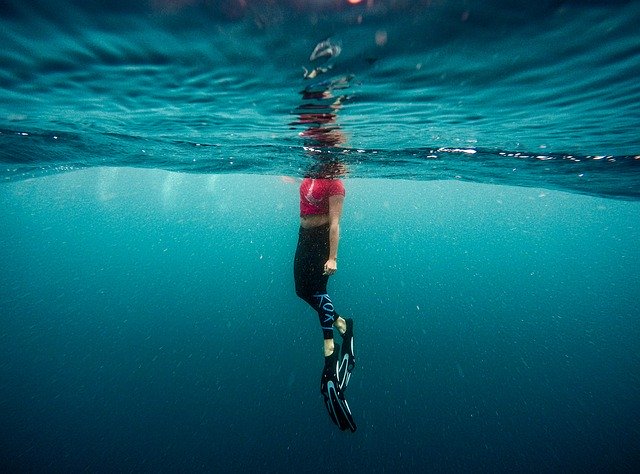 You then lose consciousness before you die. An example of this type of death would include what happened to Jack in the movie Titanic. Spoiler alert, we saw him turn into a human pop sicle before he sunk dramatically into the dark depths of the Atlantic. Rose let go of him in the moment after saying she wouldn’t.

What’s up with that?We feel the need to add that Jack could have easily fit onto the door that was used as a raft. He just didn’t try hard enough. At any rate, you definitely wouldn’t want to perish in icy cold waters this way. It is not a fun way to go, especially if you hate the cold. On the opposite end of the spectrum, death by burning has to be a very horrifying way to meet your demise.

Sometimes, when people were burned at the stake back in the dark ages, they would die from carbon monoxide poisoning before the flames completely consumed them. This happens when you breathe in too much carbon. It is definitely not a pleasant way to go. In fact, it is excruciatingly painful! Yet, carbon monoxide poisoning would have been considered a merciful death in comparison to feeling the fire melt away your flesh.

The human body can burn for several hours but, if you’re lucky, you’re already dead by the time the dermis cracks. The dermis, in case you didn’t know, is the thick layer of skin under the epidermis, which is the thin outer layer of your skin. Sometimes burns can cause so much damage to your nerves that you are no longer able to detect pain.

More than likely, however, you’re already dead before you can recognize that you don’t feel pain anymore. The initial agony of being burned alive can also be so intense that some people may die of primary shock, when blood pressure drops so low that vital organs can no longer function. Suffocation from the fumes and heatstroke can also result in death before the actual flames do the job.

With heatstroke, your brain and other vital organs swell, which can be fatal if left untreated. Now, that we’ve covered some of the extreme, horrific, morbid aspects of physical causes of death and what happens to the body before dying, let’s explore what may happen mentally before you die. We mean, aside from the obvious panic you might experience if you are aware of what is happening to you.

This is a big topic because there are a lot of strange and abnormal things people claim to have happened in the moments just before death. Neurologist, Dr. Cameron Shaw, believes he knows exactly what happens to us 30 seconds before we meet the grim reaper. He dissected a woman’s brain in order to find out what was going on immediately before she died.

What he found was chilling. First, he says, we lose our sense of self. This is reportedly because the brain tends to die from the top down and blood supply is gathered from underneath. Thus, the prefrontal cortex, the part responsible for cognition, planning, personality, decision-making and moderating social behavior loses blood first as the brain drains.

This implies that our sense of self, sense of humor and our ability to think ahead all dissipates within the first 10 to 20 seconds out of the 30 second countdown to death. Then, Dr. Shaw explains, “as the wave of blood-starved brain cells spread out, our memories and language centers short out, until we’re left with just a core”.

By this point, you have no awareness of what is happening. Not to be overly grim but you basically shut down, go blank, fall into the dark pit of nothingness, whatever you prefer to call it. Dr. Shaw says that you do see a white light at the end of a tunnel before you die but not necessarily because you’re drifting into heaven.

We hate to break it to you, but Dr.  Shaw says this happens when the sudden loss of blood supply to the brain causes tunnel vision. The first thing that is noticed is a feeling of being faint, as well as the narrowing of your vision, which is followed by an ominous or peaceful darkness, depending on how you perceive it.

But it all has to do with the loss of blood to your head. Dr. Shaw also explains the concept of the “out-of-body” experience, which many people have claimed to have been through during life-threatening, near death experiences. This is said to happen when people perceive themselves to be floating through the air like a spirit, ghost or apparition.

They see objects in another room or the tops of people’s heads from an aerial view. Dr. Shaw says that this is just a trick of the mind, and that it is not real. He claims that the out-of-body experience is little more than a myth. He says, quote, “the brain can create a visual world around you that resembles something close to reality that isn’t reality, because you’re actually blind”.

What we think he means by this is that you are blind to your surroundings while in this state of mind because you are basically unconscious. Some people who have experienced the out-of-body sensation, however, will continue to assert that this was very real to them. Many will jump to its defense.

Now what about the question regarding whether your life flashes before your eyes? You may be interested to know that yes, indeed it does but not in the way you think. What we mean to say is, you won’t visualize yourself as a baby and watch yourself grow up. It doesn’t happen chronologically like in the movies.

You’ll simply witness key memories randomly based on importance and which events sparked the greatest emotion for you. In the final moments, you will think about the most notable or prominent moments of your life. The most memorable aspects of your existence pop into your thoughts; Your first kiss, graduation,holidays with your family, the day you got married to your spouse, the day your first child was born, and more.

Some people who have experienced this near-death occurrence say that many memories were packed into a short period of time. Some have even gone so far to say that it felt like centuries had passed while they were witnessing the memories of their lives play out by before them like a movie across a screen. One person claimed being able to actually feel what friends and family members felt through each memory.

The same person was quoted in an article in The Sun saying, “I was allowed to see that part of them and feel for myself what they felt”. In essence, empathy for others was said to be directly experienced during this ordeal. Perhaps this was to teach a life lesson about consideration for others? Philosophically, we can only speculate.

Now, Dr. Cameron Shaw is not the first or the last professional to study what happens before you die and, if you watched our video called, Did Scientists Really Find A Way to Bring the Dead Back to Life? Then you may have learned that a study on pig brains revealed that the organ can continue to function cellularly after pronounced clinical death.

This means that it is theoretically possible to be partially dead or partially alive. Creepy! In all likelihood, however, you are not conscious enough to realize that you are somewhat dead. For those who have ever been around someone with a terminal illness in their final moments of life, often it is said that a loss of consciousness is the first physical change to occur.

Still, even while unconscious, the person might still be able to hear or feel you. After consciousness goes, there may be changes to the skin where it becomes slightly blue in color. Breathing may become loud as mucus builds up in the throat. As the end draws nearer, shallow breathing may stop and start again between breaths.

This is known as Cheyne Stokes breathing. It can last for a short or long time before finally stopping entirely. During the bodily transition to death, it is likely that you are not distressed or in pain because you are not aware that you are dying. For this reason, many believe the changeover is relatively peaceful because, as the common saying goes, “ignorance is bliss”.

Some people choose when and where to die and are able to hang on a little longer until a loved one arrives at their bedside. Others may not be so lucky and may be unable to control when they go. Many people often feel guilty for not being there at the precise moment when their loved one passed. They might feel like they let the person down by missing the crucial moment.

It might be of comfort to know that the person was probably not aware of your absence when they passed. Still, if friends and family members are distressed by the passing of their loved one, they are usually referred to consult with a bereavement counselor who is trained in helping people who are undergoing these exact situations.

Counselors can be very helpful and beneficial with assisting people through the difficult grieving process. Receiving bereavement support is important and we’d strongly recommend doing so if you have just lost someone close to you. Now, we realize that this episode discussed a very morbid topic.