17 Things Everyone Should Get Rid of By Age 20 – Coming of age and kissing your teenage years goodbye is an exciting step towards the whole new life that awaits you. It’s a good time to drop the extra weight that slows you down. Deciding which things are better left in the past might be easier than you think. 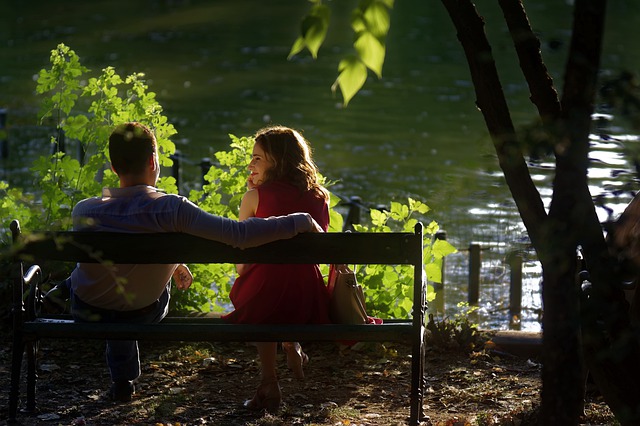 1. Dated magazines and comic books.
Most likely, none of them will become an all-time classic worth millions of dollars for collectors. Even if one did, you wouldn’t be able to find it amongs the mess you have. And why else would you keep them around for so long? It’s not worth it!

2. Mismatched socks.
What are you waiting for? Missing socks most certainly won’t come back, you know. Yeah, right, you can try to wear mismatched socks of the same size, but when you’re over 20, it’s not about if someone would see it anymore. It’s about how you feel; and there’s no confidence to be found in different socks.

3. Worn down clothes.
When you’re a teen, you’re growing rapidly, so it’s okay if you’re not always happy with your clothes and shoes. You’re constantly changing styles, and the quality of your wardrobe isn’t really important. But somewhere beyond age 20, the growth of the human body slows down dramatically, and you can finally get yourself some nice quality pieces of clothing. You have to think harder about style and choose wisely now, though.

4. Toys from childhood.
They sure hold some good memories, so pick a couple of them that are the closest to you. I’d hold on to Woody and Buzz myself. Everything else is better left behind. The strangest thing here is that if you save them, you’ll realize one of these days that you don’t even notice them much anymore. And if you find yourself getting frustrated at your once favorite toys because they take up valuable space, it would take away from the good memories associated with them.

5. Sports gear you barely touched.
Almost every teen has dream of being some sort of famous athlete. But for most, that dream has fizzled out by the time they’re done with school and have new priorities. Meanwhile, all the gear from every sport you’ve attempted throughout the years is just collecting dust on the shelf. If you’re over 20, donate it: there are lots of teens that could put it to good use.

6. Kitchenware from your parents’ house.
If you moved to a college dorm, or even ended up with your own apartment, chances are your loving parents got you a lot of stuff for the kitchen so you didn’t need to buy it. It was a good idea with the best of intentions, but if you want to cook for yourself – and you should try, because it’s cool – you need your own kitchenware that will suit your own specific needs and tastes. And most importantly – no cracked plates and bowls. They’re impossible to clean properly!

7. Plastic forks, spoons, and knives.
After passing the threshold of 20 years, life can become overwhelming. If you can’t find time to cook for yourself, that’s totally understandable. Everyone orders take out nowadays, and one thing that’s really wrong with it is how much trash it creates in your space. You might think all this plastic silverware will serve you one day, but let’s be honest– it won’t. It’s not a helpful tool, it’s just garbage that needs recycling.

8. Ball of cords and chargers.
I bet half of them lost their purpose years ago and the other half probably don’t even work. The stingy thought that one day you’ll find yourself needing one of them, and regret terribly that you threw them away, is the only thing keeping you from tossing out the useless cords. In reality, these things are as replaceable as it gets; the small number of them that could still be used would probably be dirt cheap in any hardware store.

9. Your old cell phone.
All those basic outdated cell phones, flip phones or sliders – it’s kinda even funny to think about them in 2019! They may have laid around in case of an emergency before, but now we have much better choices available to us. Some emergency phones are literally unbreakable; others can catch radio signals in extreme conditions – and they aren’t very expensive either. Or maybe you’re holding on to old photos, or music, or messages you have stored on your old device. In this case, it’ll be harder for you, but still, consider recycling old tech; it’s become basically useless.

10. CDs and DVDs
Even if you’re a music fan, you should know that there are some other analog formats on the rise, like audio tapes and vinyl. Yeah, they’re even older, but ironically, they’re much less obsolete than CDs. That’s because CDs use the same audio format as downloadable content or streaming services,and therefore there’s no difference in the quality of sound at all; but streaming is much more convenient. If you’re a movie-buff, the news is even worse for you. The glory days of DVDs are over now, and they’re not likely to come back.

11. Used batteries.
Good thing you’re collecting them instead of just throwing them in the garbage. But we all often forget to take them to recycling. The environmental damage an empty battery can cause is pretty bad, and leaving them lying around in your own room isn’t a great idea either. It’s time to take personal responsibility for nature and hand over the batteries to the right place as soon as possible.

12. Melted scented candles.
Once they were filling your room with a nice aroma and smooth vibes; but now they simply look bad. The melted wax in these candles naturally traps dust and just looks messy. Even if you think you may want to use them another time, they won’t be as pleasant anymore. They’re mostly disposable and made for only one or two uses max. You can throw them out with absolutely no regret.

13. Dusty guitar.
(Hmm. Doesn’t that sound like the name of a Country Singer?) I also once thought I was going to become a rock star, and now I have an instrument in my closet with rusty strings. Things won’t always go as planned, and there’s nothing to blame yourself for. If you have an instrument you don’t use, and in all honesty, don’t think that you’re going to practice with every day, it’s probably just not your thing. There’s always someone else out there who’d be glad to have your guitar or synth to try his or her best. Maybe your guitar will be the first for some future rock legend after all?

14. Posters of your favorite band.
If you’re older than 20, they don’t belong on your walls anymore. Not because it’s lame or anything – that’s only for you to decide. But you’re an adult now and you can show your appreciation of someone’s art in a much more personal and cool way. One of the best things that’s now within your reach is traveling, so you can combine that with going to shows and see your favs in person!

15. Bottles of anti-acne lotions.
Good news, everybody! These can go straight into the trash can. Well, actually, save one or two of the most basic ones, but acne isn’t going to be that hard to beat from now on. After 20, your hormone levels are going to be much tamer and so will the acne. So that’s zit for now.

16. Clean your blog and social media.
Pay some extra attention to those older posts you made in your early teen years and try not to lose consciousness from laughter or embarrassment. The less you remember about that part of your life, the better. I guarantee you that everyone else has already forgotten it five times over. Just delete it and let it rest in peace. By the way, what’s the most embarrassing thing you’ve dug up from your past? Let me know in the comments!

17. Crafting materials.
Those plastic ships and tanks won’t assemble and paint themselves. The same goes for any clay, yarn, or unused paints you have laying around in your room. Here’s a test: if you’ve found reasons why you don’t have time to work on the mat least five times, then you’ve already decided that you won’t ever return to them.

It’s better to deal with it and move on. If, at some point, you feel inspired to have a hobby again, start from scratch. Since it would be a more mature decision, you’ll progress much faster. Bottom Line: If you leave this stuff in the past and don’t drag it behind you, you allow space for the great new opportunities coming your way. Trust me on this one. It gets better.

10 Signs Your Parents Are Manipulative

How I’m Dealing with Overprotective Parents

15 Signs Your Child Will Be Rich in the Future

Create your own massage oils for your beloved

Weighing in after the holidays (Herbal helpers for trimming up)